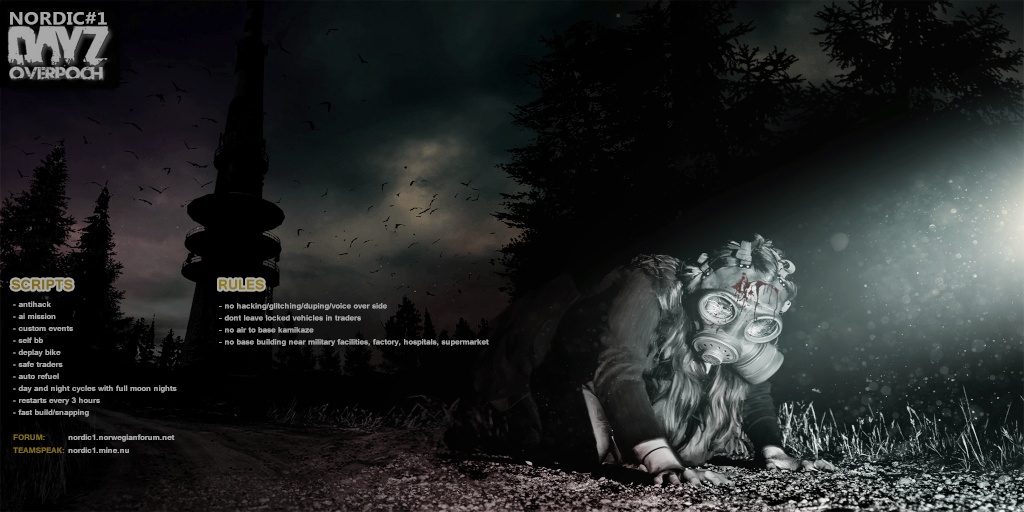 hey, well i just noticed i was banned for having the scripts and im not gonna bullshit you and give you any excuses, i have indeed used scripts but not recently and nor on dayz i used them before on wasteland and haven't played arma much recently and have not actually removed them.

when the guys i was playing with told me i kept getting a disconnect screen because of this i remembered i never removed them, i removed them yesterday when i first joined the server and didn't get the error anymore.

well if only you could belive me about what ive told you in all honesty i dont even know how to activate them and im 99% sure they dont even work in dayz, just some silly scripts a friend showed me.

So im asking if i could be unbanned for this as ive already fallen in love with the server yesterday when i played for the first time, not sure which admin banned me but if you guys wont unban me its understandable being an experienced dayz server owner but yeah, i hope you can see where im coming from

another note is that after a response from on an admin on TS. if i were a scripting troll that had come to troll or maliciously  destroy your server i doubt i would be posting this appeal now.

I'm already sat in your TS as i usually do in case i need to contact an admin. if you can search the logs you willl notice i have not activated or used scripts which proves im not scripting.

if you would like to speak to me in person to help resolve this i will remain in you TS.

hi! i will check the logs. ill be on ts later today.